At the beginning of the year we had a special visit in our classroom. When we arrived in class there was a mysterious red egg found under a table.

It looked like something had made a nest under there. We examined all of the clues. The egg was hard and scaly on the outside and very big. We looked in lots of books and researched different animals to try and find out what laid the egg.

Then at the end of the week something amazing happens. When we came back from our dinner our classroom was a mess. The chairs had been knocked over, the easel was broken and our drinking cups were knocked over the floor.

When we investigated under the table we could see that the egg had hatched! There were lots of pieces of work that had strange holes in them. As we were investigating Mr Prestwood called all of KS1 into the hall. He told us all he had seen 3 Dragons leaving the school! He had tried to stop them but they managed to fly away.

Ms Marshall managed to take a picture as the last Dragon flew away, so we all ran out to the playground on a Dragon hunt but we couldn’t find them anywhere!

When we went back to the classroom Mr Heath showed us TV footage from a classroom camera to show us what happened while we were at dinner.

CCTV video of evets in the classroom one night. 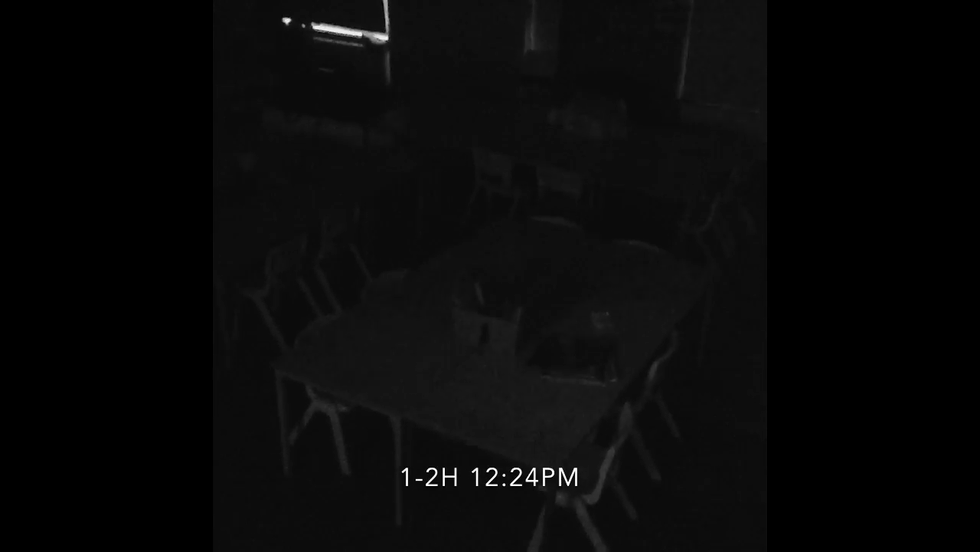